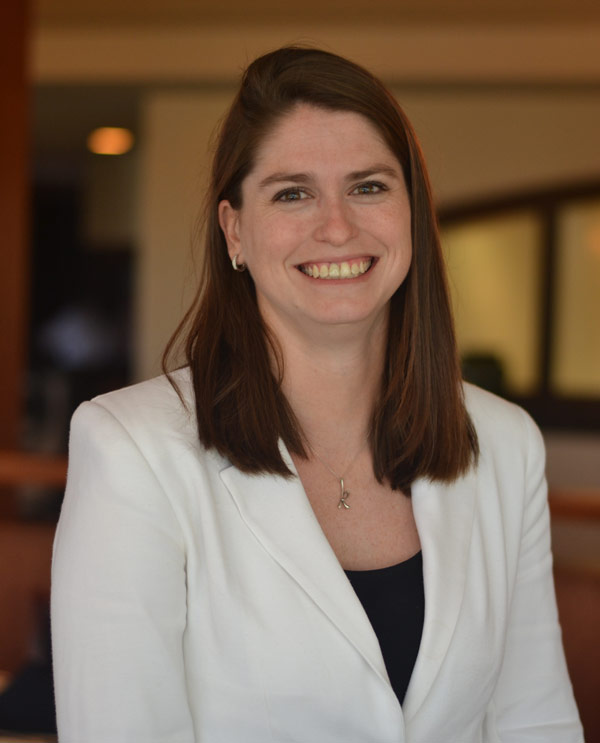 The daughter of Ralph Brennan, Kathryn Brennan McLeod is a fourth-generation restaurant professional, and like many of her forebears, she grew up in the family business. “My dad would bring me to Mr. B’s or BACCO most Saturdays,” she recalls. “I’d sit at the bar, helping the servers fold napkins, and I just loved the piano player.” Did she have free reign of the kitchen, as her father did at Brennan’s, as a boy? “My interest has always been strictly front-of-house,” she declares. “People may have been surprised to be greeted at the door by a twelve-year-old hostess, but that’s what I loved to do. Interacting with our guests on a personal level is still my favorite part of the job.”

Kathryn says there was no family expectation or pressure to enter the restaurant world – if anything, the other way around. Once she’d earned a degree in Business at Washington & Lee, her father was pleased she wanted a career in hospitality, but she wasn’t allowed to begin at home. Instead, she headed to New York and worked first as an events coordinator for a busy firm in the Meatpacking District, and then in private dining sales at chef Daniel Boulud’s contemporary bistro, Bar Boulud.

Returning to New Orleans, Kathryn worked nearly the entire range of the Ralph Brennan Restaurant Group, as floor manager at Ralph’s on the Park, and at Red Fish Grill, and as a member of the opening team at the new Brennan’s; she also learned the ropes in the bustling catering department. Now, as General Manager of Ralph’s on the Park, she’s focused on the location she recognizes as one of the most beautiful and historic within her beautiful, historic hometown. “A huge portion of the business is special occasions for local patrons, which is saying something,” she notes. “The setting is unique, and truly magical.” When not at the restaurant, Kathryn is fully booked raising her share of the next generation of Brennan’s. In the kitchen over at Brennan’s, meanwhile, her brother, whom she describes as her best friend and severest critic, is a hard-working sous chef. When the family gets together, she confesses, “Much to our significant others’ dismay, it’s all about the restaurants. It’s a family occupational hazard!”